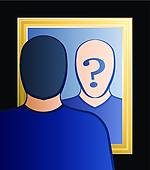 On January 18, 1904, Archibald “Archie” Leach was born into a lower middle-class family in Bristol, England.  His father, Elias James Leach worked as a heat press operator in a garment factory.  His mother, Elsie Maria Leach, worked as a seamstress.  His parents’ first son, John, died from tuberculosis meningitis, commonly called TB, four years before Archie was born.  His parents struggled to cope with John’s death, even after the birth of Archie.  Archie’s dad tried to drown his sadness with alcohol and became withdrawn from everyone, even Archie.  His mother often suffered with bouts of deep depression where she was unable to function.  When Archie’s mother was not suffering from depression, she clung to Archie.  She filled young Archie’s head with hopes and dreams of one day being rich and famous.

Archie was not what teachers would call a good student.  He often acted out and was indifferent to his studies.  He had mood swings and was what some people called prickly.  Archie later described his early childhood with a hint of pain.  He described “the paucity of my own youth.  It lacked many advantages.”  Like his father, he was vague and evasive about the details.

In 1932, Archie invented an alter ego.  Archie said in later life, “I pretended to be somebody I wanted to be, and I finally became that person.  Or he became me.  Or we met at some point.  It’s a relationship.”  Through lots of practice, he somewhat Americanized his British accent.  He had always dressed nicely, at his mother’s insistence, but now he dressed impeccably.  He mastered etiquette and manners.  He was kind, polite, and courteous.  Now, his alter ego just needed a good name.  After some consideration, Archie chose the first name for his alter ego from a part he had once played in a stage production, and the last name from a list of one syllable last names prepared by a movie studio.  Pretty soon, people all over the world knew and loved Archie’s alter ego.

In about 1938, several years after Archie had created his alter ego, he learned that his mother had not died as his father had told him.  Archie’s mother had not gone on holiday.  She was overcome by clinical depression and Archie’s father had had her committed to a local mental institution.  To his surprise, Archie learned that his mother was still in the mental institution.  Archie found and reunited with his mother.  He later said of their meeting, “I was known to most of the world by sight and by name, yet not to my mother.”  By the time of their reunion, Archie’s alter ego had achieved fame and fortune, the dream his mother had filled him with when he was a child.

In his 80s, some two decades after he had retired from acting, one reporter described Archie’s alter ego as having “thick, snow-white hair, lilting, affected accent, twinkling brown eyes, dimpled chin and a tan face that should be carved on Mount Rushmore.  He is terminally debonair, utterly witty, and smoother than a Brandy Alexander.”  Another reporter described Archie’s alter ego as “immortal—an ideal of sophistication…forever.”

On November 29, 1986, Archibald Leach died from a stroke while preparing for a theater appearance.  Archie’s alter ego starred in many notable pictures including “His Girl Friday,” “The Philadelphia Story,” and the Alfred Hitchcock classic “North by Northwest.”  Archie was nominated for two academy awards but never won.  In 1970, the Academy of Motion Pictures presented him with an honorary Oscar for “his unique mastery of the art of screen acting.”  Women adored, and men wanted to be, not Archibald “Archie” Leach.  Everyone, including Archie, preferred his alter ego…Cary Grant.

For more real stories about real people with a twist, preorder your copy of “Remember This?” at www.BradDison.com or listen to his podcast “Brad Dison’s Remember This?”  Brad earned his master’s degree in the subject from Louisiana Tech University. He has written four history books and has been published in newspapers and scholarly journals. Keep up with Brad’s column through the Facebook group “Remember This? by Brad Dison.”

View all posts by Brad Dison